FDSP is the supplier for the Feed machinery, Biomass machinery, Fertilizer machinery and Steel Silo Get Latest Price
Language

From January 5th to 7th, the 5th meeting of the 15th Committee of CPPCC Liyang was held in Howard Johnson Tianmu Lake Hotel. Members of the CPPCC from all walks of life and all fronts of the city, offer advice and suggestions on Liyang development, people's life and other major matters, conscientiously perform sacred duties, discuss the city's economic and social development plan.

Chairman of Jiangsu Liangyou Zhengda Co., Ltd., Mr Chen Zhiliang attended the conference, and submit the "About the advice of developing the specialty of our city combined with Internet to promote peasants' income", "About the advice of strengthening the youth traditional culture education, and cultivate the national spirit" and " the advice for reasonable transformation Zhongguancun road intersection" and "about perfecting the construction of the Zhongguancun public transport facilities ", totally four proposals. 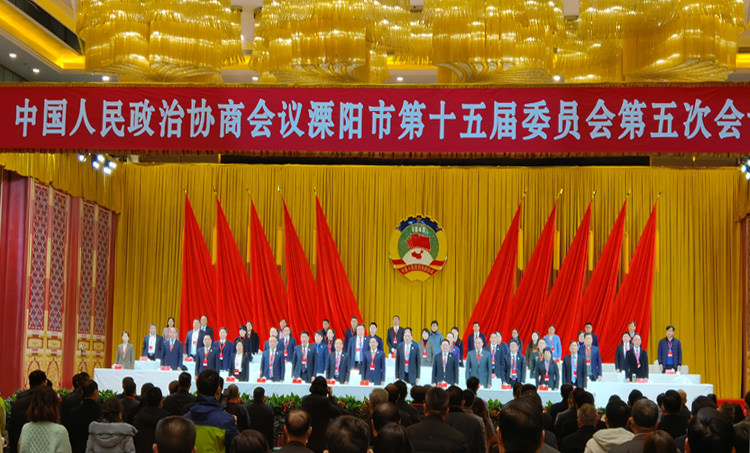 The meeting carefully studied and discussed Liyang municipal party secretary Xu Huaqin's speech at the opening ceremony of the conference. Xu Huaqin said that the year 2020 will be a year in which difficulties, struggles and gains exceed expectations. While speaking highly of the work of the past year, we have made new instructions for the work of the New Year.The report pointed out that this year is the beginning of the 14th Five-Year Plan year, only to forge ahead, bold and resolute, in order to spread the idea of "everywhere clear water and green mountains, every family no lack of money, everyone live as long as possible".

The meeting endorsed the city CPPCC chairman Di LiXin work report of the fifteenth standing committee. The report stressed that 2021 marks the start of the 14th Five-Year Plan, the start of a new journey of basically realizing modernization, and the 100th anniversary of the founding of the Communist Party of China. In the New Year, the municipal CPPCC should identify new targets to fulfill new responsibilities, and strengthen the innovation theory to identify new directions; New achievements were made in Party and government work; Grasp the central link to gather new consensus; Stimulate new growth drivers in line with the trend of development; Strengthen self-construction to establish a new image.

During the three-day conference, when participating in the discussion, Mr. Chen Zhiliang, chairman of FDSP said: Secretary Xu of Liyang Municipal Party Committee and Liyang CPPCC Chairman Di's report suit the reality of Liyang, highlight the key points, measures are real. There are a lot of feedlings when listening to the CPPCC report  and are deeply inspired.

In the discussion, says by Mr Chen Zhiliang: as a CPPCC member and entrepreneur's double identity, around the spirit of the meeting "unity, pragmatic, open, innovative" , will grasp, firmly insist and seriously practice the meeting policy, assist to carry out the development goals "create a ecological innovation demonstration city of Yangtze river delta" and "building a green modernization Liyang". Let their own enterprises do better and stronger, to promote the economic construction of Liyang is the most practical contribution.

As a high-tech enterprise in ZhongGuanCun, FDSP will as always, actively respond to the call of the government, work hard and earnestly, develop new products, research and develop new technologies, introduce new projects, continue to two-way force in production safety and innovation and development, and contribute a real strength for Liyang to realize the 14th Five-year beautiful blueprint.

Quote Solutions
Chat Online
Have a question? We will gladly help you!

Get the latest price,details and be more prepared with your free