FDSP is the supplier for the Feed machinery, Biomass machinery, Fertilizer machinery and Steel Silo Get Latest Price
Language

Effect of mixer on feed quality and production benefit

The feed mixer is one of the important equipment in the feed production process. The quality of the mixer and daily maintenance are directly related to the benefits of feed enterprises.

The mixer is composed of a casing, a rotor, a discharge door, and a motor. There are many classifications of feed mixers, which can be divided into vertical feed mixers and horizontal feed mixers according to their appearance. At present, the paddle mixer, which is very popular among users in China, is one of the commonly used mixers in feed factories. This kind of mixer has two types, single shaft and double shaft. It can make the material lose weight while turning and mixing the material. The paddle type mixer is generally equipped with one or two discharge ports, generally with a large opening structure. The paddle mixer can be equipped with several liquid addition pipelines to adapt to the addition of multiple liquids.

2. Leakage of the mixer

Because the mixer is a device for sealing and mixing the materials precisely prepared by the batching scale. Therefore, material leakage during mixing will directly reduce the uniformity of mixing and change the feed formula. Therefore, the problem of material leakage is the enemy of the mixer. The reasons for the leakage of the mixer and the troubleshooting measures: 1) The sealing strip is not tight and needs to be re-adjusted or installed; 2) The sealing strip is damaged and the sealing strip needs to be replaced; 3) The material on the side of the discharge door needs to be cleaned up in time; 4) The air pressure of the cylinder is not enough, and the pressure needs to be adjusted to be greater than or equal to 0.5 MPa; 5) The connecting body of the discharge door linkage mechanism is worn out, and the relevant wearing parts need to be replaced; 6) The position of the stroke switch is wrong, and adjustment is required; Adjust and fix; 8) Shift the support rod, adjust the position of the support rod, and close the discharge door tightly.

According to the characteristics of different materials, the actual situation is the criterion, and the equipment manufacturer provides it as a reference.

The residue of the mixer refers to the undischarged part of the mixer after discharging. This part of the material is mainly determined by the gap between the rotor and the slot and the size of the discharge door, which is mainly determined by the manufacturing quality. Liangyou series mixers are manufactured with precision and advanced technology. They not only have fast mixing speed, high uniformity, and the mixing uniformity is as high as 95% or more. In addition, it adopts a specially designed discharge mechanism, which discharges quickly and has less residue. This technology Liangyou won the national patent, and it has good sealing performance to ensure that there is no leakage of materials. 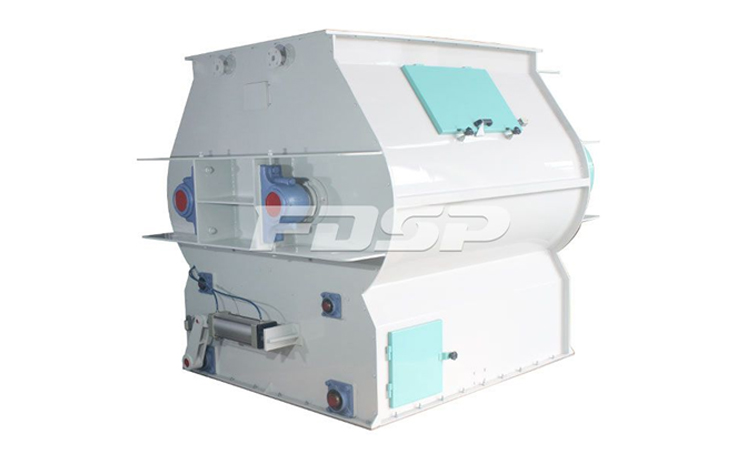 Five, the maintenance of the mixer

Chat Message
Chat Online
Have a question? We will gladly help you!

Send your message to us

Get the latest price,details and be more prepared with your free